Group Gorgé is not the only concern to see the potential of Prodways. Today, they announced a €10 million contribution from FIMALAC Group (nearly $11 million USD given current exchange Prodways_Logorates). Marc Ladreit de Lacharriere, founder of the FIMALAC Group expressed the strength of his belief in the potential:

“We are pleased to support Prodways Group in its aim to represent a leading 3D printing player in Europe capable of competing with key American players. In our view, Prodways Group and its teams – widely renowned for their expertise – represent a company capable of fast becoming one of the main leaders in the sector.”

FIMALAC Group is a french holdings company which has traditionally focused their investments within the risk management and credit rating markets.  In fact they own 50% of the Fitch Group, the third largest ratings company on the planet.  This infusion of funds will go to supporting Prodways’ transition to its newly acquired stature as the third-largest player in the world that offers a range of multi-technological services and 3D printing services of all types to its customers. This sizable investment puts FIMALAC in a position as a major partner to hold a 4.45% stake in the capital of Prodways.

Prodways produces for a range of industries and bio-medical applications ranging from jewelry to dental. A spokesperson for the company described its role in the market as follows:

“Prodways helps you find new routes to successful innovation and production processes by delivering the most effective 3D printers on the market. We concentrate on building robust partnerships to maintain the technological edge that keeps you ahead in your market. Based on the strong experience and industrial culture of Group Gorgé, Prodways proposes industrial solutions to industrial needs. Our highly qualified and experienced team is constantly focused on developing and improving rapid manufacturing through technological advancements.”

A further €15 million has been contributed by Groupe Gorgé. On June 17th, the complete terms of the transaction will be specified during the Group Gorgé Shareholders’ Meeting.  Let’s hear your thoughts on this deal in the Prodways / FIMALAC Investment forum thread on 3DPB.com. 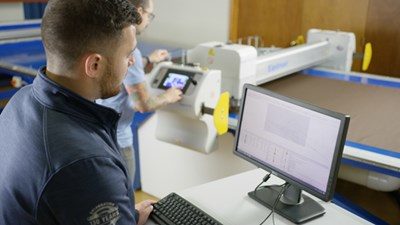