The Frauenkirche located in Dresden (Germany) is a landmark of the city. Built in the 18th century and destroyed in the World War II, it was faithful reconstructed almost 60 years later. This war memorial became a symbol of peace and reconciliation. A miniature model of the building transmits the message to the world and illustrates the high accuracy of Micro Laser Sintering. 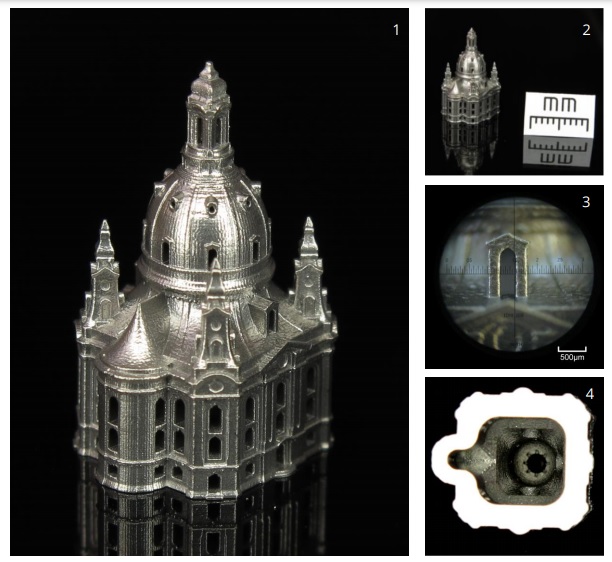 The outer shape of the Frauenkirche located in Dresden (Germany) largely corresponds to a process-adapted design for additive manufacturing. Smaller adjustments were made at the window frames of the dome. The initial shapes were replaced by window arches at the top. Despite the model height of 16.6 mm and a scale of 1:6100, the miniaturized church shows an extraordinary richness of details. The use of metal causes an unsuspected strength of the filigree structures. The gloss level of the surface has been increased by an after-treatment. Micro Laser Sintering systems by 3D MicroPrint GmbH enable the cost-effective manufacturing of individual pieces and individualized series models with an incredible richness of micro details.

A 3D-CAD model of the target geometry contains all details of the final part. This CAD model is split into several cross sections, called layers. During manufacturing, a thin layer of powder is applied to a build platform. The powder is selectively fused by a laser beam according to each cross section. After that the building platform is lowered, the procedure of powder coating, fusing and platform lowering is repeated layer by layer, until the part completed.

3D MicroPrint GmbH is known for high-precision micro parts manufactured by Micro Laser Sintering. Since the company was founded in 2013 by EOS GmbH and 3D-Micromac AG, the additive manufacturing process has been further developed for micro parts and has been adapted to run an industrial production. Today we are providing our customers the entire portfolio of design consulting for additive manufacturing, feasibility studies and parts production up to their own 3D MicroPrint Micro Laser Sintering system. 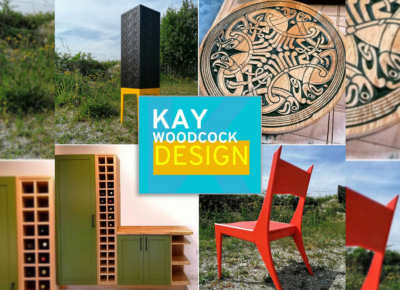 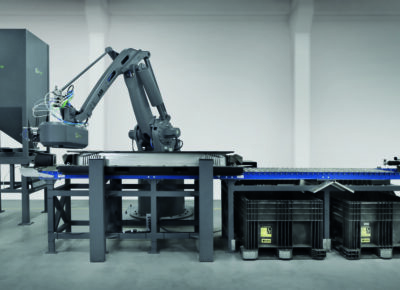