Netfabb GmbH – founded in 2009 – is a startup software company dedicated to Additive Fabrication – formerly called Rapid Prototyping. Manufacturing Technologies have improved tremendously over the past years – while common software tools still remain monolithic and single part-based. In 2008 the netfabb team, trained by 15 years of experience in the rapid prototyping business, found together in order to bring up new ideas – and to start developing a software for the next generation of Additive Fabrication. Only 15 months later, the result is outstanding in its compactness and modularity, while it already offers most of the tools and functions contained in common applications.

Netfabb GmbH is located in the Nuremberg area, Germany, and has access to a huge machine park of several sintering, beam melting and 3D printing technologies in both, metal and plastic. It’s academic research department consists of specialists in the fields of topology, number theory, computer algebra, algebraic geometry and theorethical computer science.

This mixture, equipped with newest algorithms of computer science research, made it possible to create a software, whose stability is mathematically proven and therefore opens the way for a new dimension in data complexity : netfabb’s Selective Space Structures and the tree story have been the innovative attraction at the Euromold 2008 and at the RAPID 2009.

Taking into account the shown interest and the fact that other software companies of the industry are adopting our innovations and frequently show elaborate stays on our website, we are confident that netfabb is already making a difference in additive fabrication as a whole – and certainly will impact the development in the future. 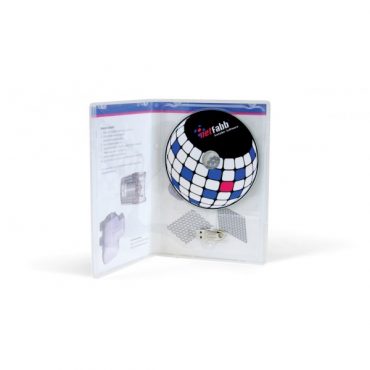 netfabb® Professional is a high level software that will quickly become essential to save time and improve the quality and...
See more
We use cookies on our website to give you the most relevant experience by remembering your preferences and repeat visits. By clicking “Accept”, you consent to the use of ALL the cookies. However you may visit Cookie Settings to provide a controlled consent.
Cookie settingsACCEPTREJECT
Manage consent