WEBINAR CNC  YETI TOOL the 30th of september at 11am

In anticipation of the 150th anniversary of Maksim Gorky, the restoration of the Burmistrova’s mansion in Nizhny Novgorod is taking place, where the Literary Museum of the writer is located. RangeVision engineers took part in the process and scanning the decorative elements of the historic interior.

The mansion of the merchant’s wife V.M. Burmistrova is one of the most beautiful architectural monuments of the late 19th century. It was built in 1882 by the architect from St. Petersburg N.D. Grigoriev in the style of academic eclecticism with motives of Russian baroque and classicism. After the nationalization of 1918, the mansion at different times served as a historical museum, as a dormitory, and even as a hospital. Despite this, the interiors have survived. 3D-scanning was used in the process of their restoration as a modern approach to the preservation and reproduction of unique samples. 3D scanning technology allows to quickly, accurately and safely digitize objects almost from any material, e.g. wood, stone, metal, porcelain, bone, etc.

RangeVision engineers scanned large objects on the territory of the museum, while small forms were dismantled and scanned in the company office. RangeVision Spectrum scanner was used for 3D scanning of these historical samples of wooden carvings. Based on the scan data the 3D models were created and the lost fragments were restored digitally. Then all the elements were reproduced on a CNC woodworking machine in “Dmitry Zhamkov’s art workshop”. It is hard to imagine how long it would take and how much it would cost to make such carvings manually.

Thus the ornament on the museum entrance door made of oak was restored. Matting spray was applied, so that the glare of the varnish would not affect the digitization of the geometry and several markers were placed to improve accuracy.

Some carved interior elements were taken off and digitized in RangeVision office. Post-processing of scan data was needed both to refine the geometry of objects, which were covered with layers of varnish, and to reconstruct the damaged elements.

3D scanning can be used to optimize other restoration processes, for example, restoration of gypsum reliefs and stucco moldings. It is much easier to make molds for casting new parts using 3D scans. 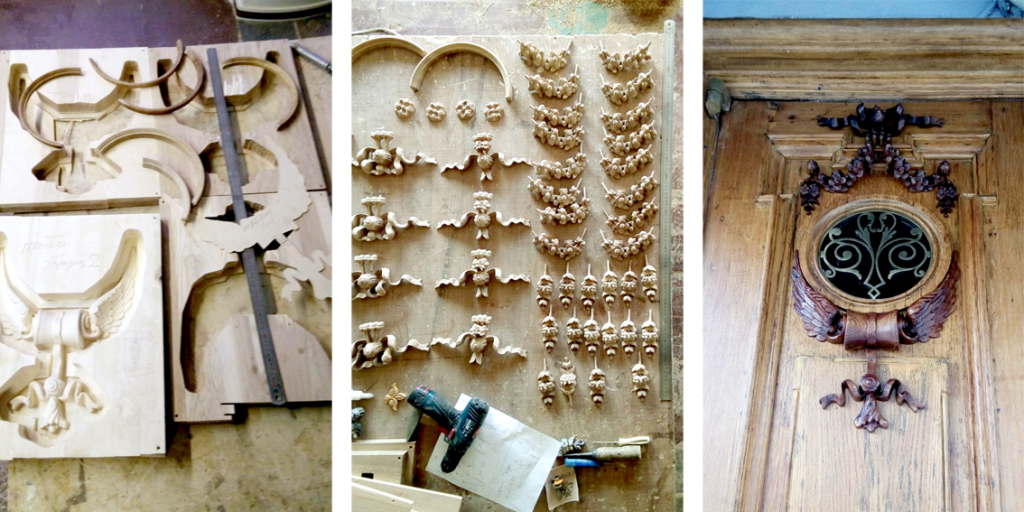 An interesting fact is that “a small, elegant, like a royal toy…” Burmistrova’s mansion and the mistress herself became prototypes for the novel “The Damned Family” by I. S. Rukavishnikov. It is also worth noting that the date of Gorky jubilee, on March, 28, is included in the list of the UNESCO anniversaries for 2018-2019. 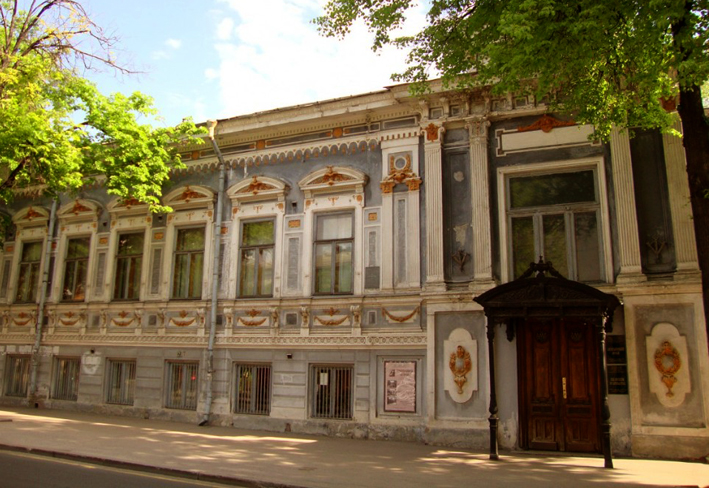 Press release New equipment for Addimadour ! Backed by the Compositadour platform, Addimadour was launched in… 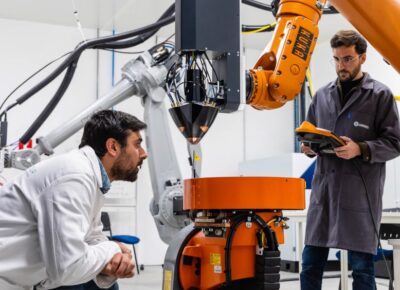 [GEFERTEC] The first Gefertec arc605 at any university in the U.S.

Pitt is the only university in the U.S. with this giant 3D printer for metal… 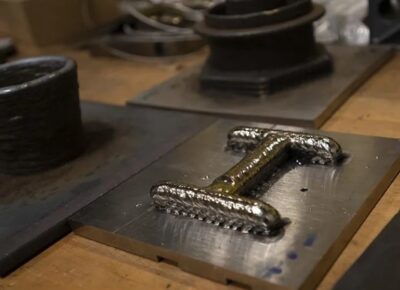