The Navy advanced efforts to improve self-sufficiency for deployed ships and their crews and reduce supply chain lead times by leveraging additive manufacturing (AM) through the installation of the first metal 3D printer permanently installed aboard a naval ship, November 3.

Additive manufacturing (AM) – more commonly known as 3D printing – is the process of joining materials to make parts from 3D model data, usually layer upon layer, as opposed to subtractive manufacturing and formative manufacturing methodologies. Whether creating a quality of life item or a sophisticated machine part, AM facilitates production at the point-of-need when time and operational availability matter. 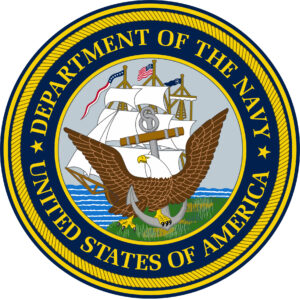 The equipment, installed under a joint effort between Commander, Naval Surface Force Atlantic and Naval Sea Systems Command (NAVSEA) Technology Office, includes the Phillips Additive Hybrid system, which integrates a Meltio3D laser metal wire deposition head on a Haas TM-1 computer numerical control mill. The Haas TM-1 platform has been proven to operate reliably in an afloat environment aboard several aircraft carriers.  Integrating the Meltio3D deposition head with the Haas TM-1 provides both an additive and subtractive manufacturing capability within the same system, increasing efficiency and reducing waste when compared with typical machining.

The Phillips Additive Hybrid system prints 316L stainless steel, a prevalent material in U.S. Navy ship systems. While stainless steel additive manufacturing onboard naval ships is new, it also represents an advancement in providing Sailors with industrial-level manufacturing capabilities to print individual parts for systems that previously have not been readily available without procuring the entire system at significantly greater cost. The 3D printer’s benefits are twofold – it works to maximize operational availability and reduces the demand on traditional and Navy-specific supply chains. Additionally, NAVSEA engineers installed a second 3D printer to produce polymer (plastic) components onboard Bataan. This printer enables the ship’s crew to print any of the NAVSEA developed 300+ AM Technical Data Packages that define the required design configuration and procedures to manufacture a part and ensure it performs properly.

“These printers have the ability to help the Navy overcome both obsolescence issues for ships and systems that have service lives measured in decades and directly contribute to enhanced operational availability of our systems and ships,” said NAVSEA Chief Engineer Rear Adm. Jason Lloyd.

The Navy’s efforts to leverage AM illustrate enterprise-wide business process reform and innovation. NAVSEA subject matter experts and industry partners are working to test, evaluate, and field the most advanced AM technologies to improve readiness and increase capabilities, as demonstrated on USS Bataan.

Bataan, a multi-purpose amphibious assault ship, carries more than 2,500 Sailors and Marines when fully embarked, and is the fifth ship of the Navy’s Wasp-class ships. She was commissioned Sept. 20, 1997, and is the second U.S. Navy warship to bear the name. CVL-29 was an Independence-class small aircraft carrier that was commissioned in November 1943. After serving in both World War II and the Korean conflict, CVL-29 was decommissioned in 1954.

NAVSEA is the largest of the Navy’s six system commands, responsible for the building, buying and maintaining ships, submarines and systems for the U.S. Navy. NAVSEA’s Technology Office is leading multiple areas of research and development in evaluation of AM equipment, using data not only from deployed assets, but also shore side lab activities, to gain a critical understanding of how the equipment will perform under shipboard conditions. These evaluations will ensure that the current and future shipboard implementations of this equipment are fabricating parts repeatedly and reliably, thus allowing Sailors to address an increasing number of applications. 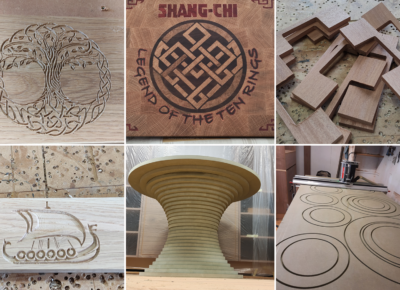