[SCANTECH] How to Measure “Gear and Worm” with 3D Scanning

How to Measure “Gear and Worm” with 3D Scanning

The use of traditional methods to measure gear and worm comes with certain inconveniences, as they are not the fastest metrology tool in terms of programming and operating times. This is how 3D laser scanning comes into play as a good alternative for measurement and inspection.

Mechanical drives are a series of components that manages the transmission, which can be used to power common machineries such as pumps, blowers, air compressors, and more. 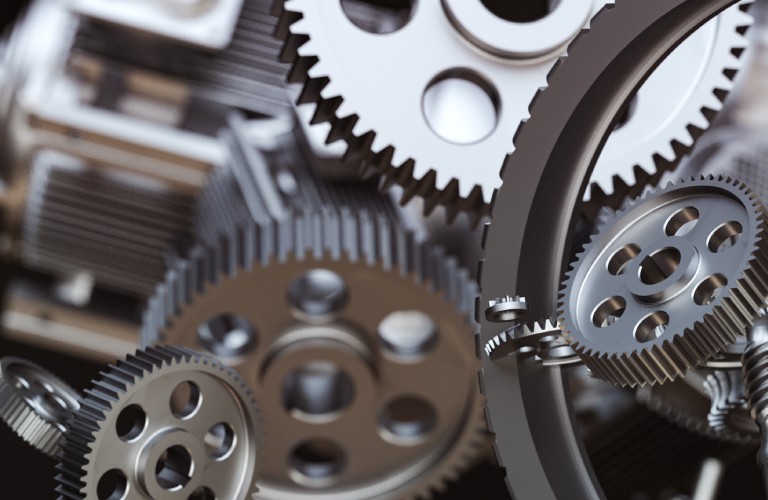 There are mainly three types of drives such as belt drives, gear drives, and chain drives. Gear drive is one of the most widely used ways to transfer force and motion. It transfers shaft power from a driver like an engine, turbine, or motor to a driven piece of machinery through a mechanical system.

Worm drives are geared arrangements made up of worms (which are gears in the shape of screws) and worm wheels (which look like spur gears). They are also known as worm screws and worm gears.

Gears and worms, key components of transmission systems, feature complex shapes. It is challenging to manufacture these parts as they are demanding in dimensions and accuracy. Besides, it is imperative to assemble them precisely to ensure the transmission systems perform efficiently.

Manufacturers need to inspect the worm and gear produced to ensure their quality meets a certain set of criteria.

Once the deviations of the actual products and design drawings are obtained, they take corrective methods to improve the product. Therefore, the manufactured parts can meet the requirements in performance, reliability, and service life.

Challenges of Inspecting Gear and Worm

The profiles of the gear and worm are complex, and it is difficult to quickly and accurately measure dimensions such as helix angle, tooth width, and tooth thickness.

Traditional contact measurement methods such as caliper gauges and CMM are not efficient to capture the data of complex curves. Besides, they fail to capture the full-field data. 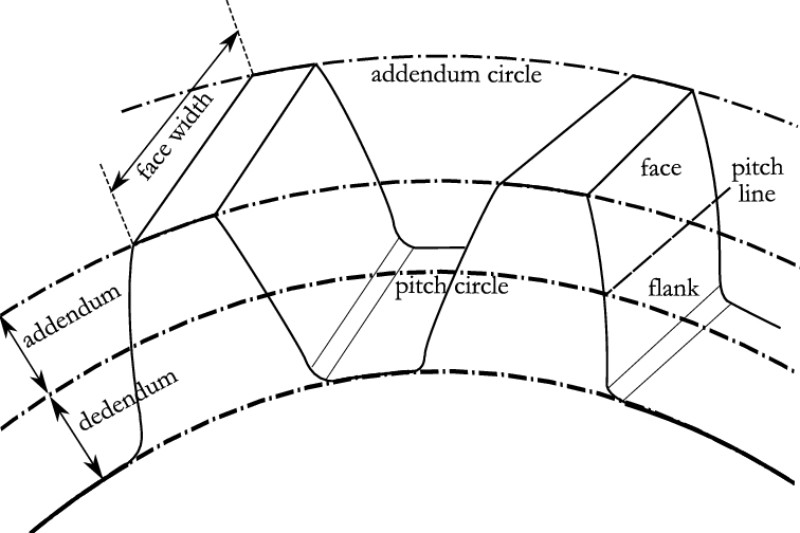 The use of traditional measurement methods come with certain inconveniences, as they are not the fastest metrology tool in terms of programming and operating times.

This is how 3D laser scanning comes into play as a good alternative for measurement, whose accuracy can be millimeter level and measurement rate can be up to several million per second.

1. Firstly, use Scantech’s handheld 3D laser scanners such as KSCAN and SIMSCAN to 3D scan the gear and worm to capture accurate and complete 3D data and generate 3D models efficiently.

2. The diameter of the pitch circle is used to locate the boundary of the section that we want to measure. Cut out the gear section in the software. 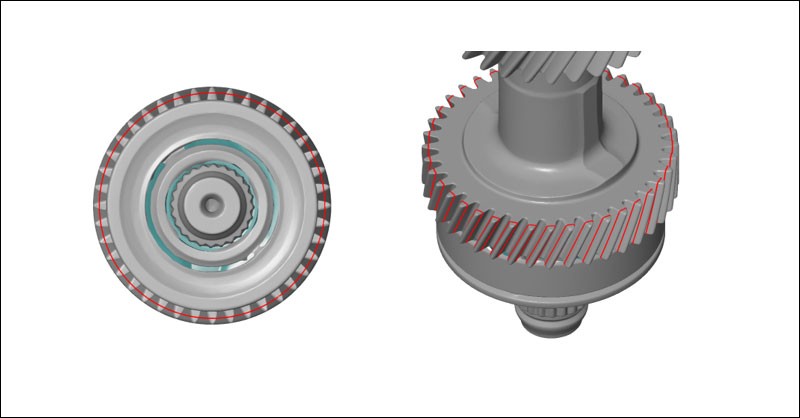 3. The gear section is unfolded on a plane. 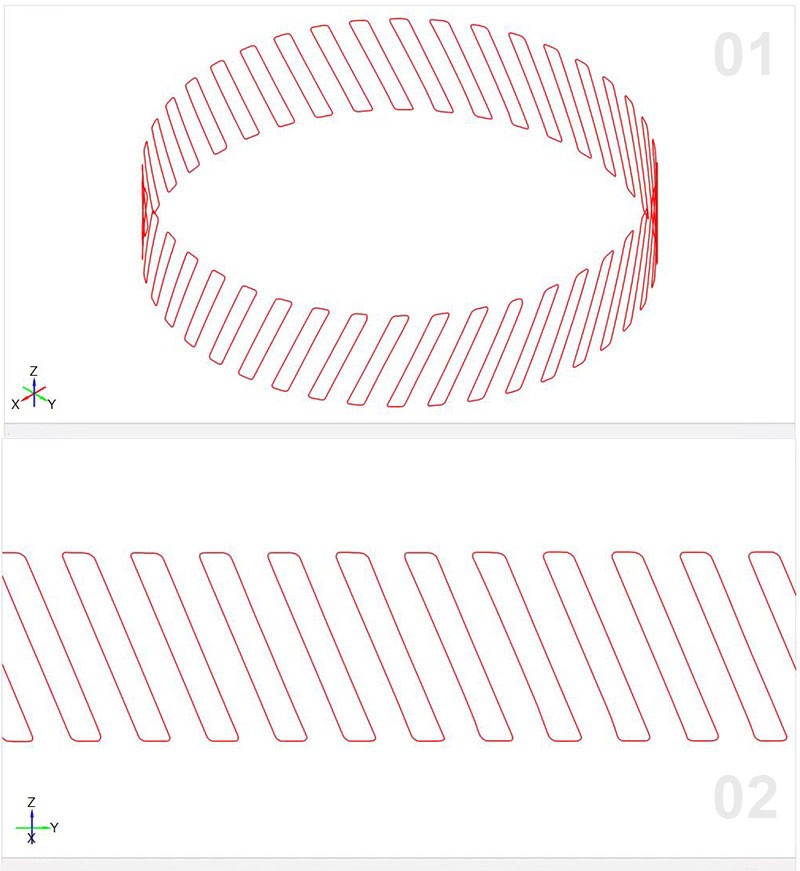 4. Measure the helix angle and the tooth thickness of the gear accurately and quickly with the inspection 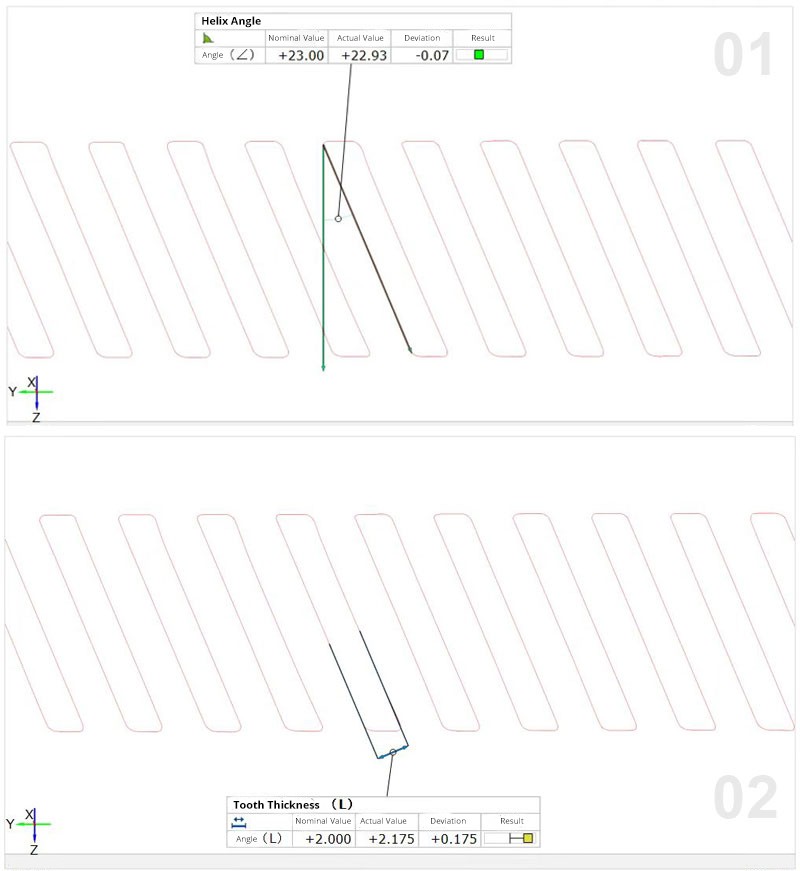 5. Similarly, the addendum and dedendum circles can also be visually and accurately measured by 3D scanning. 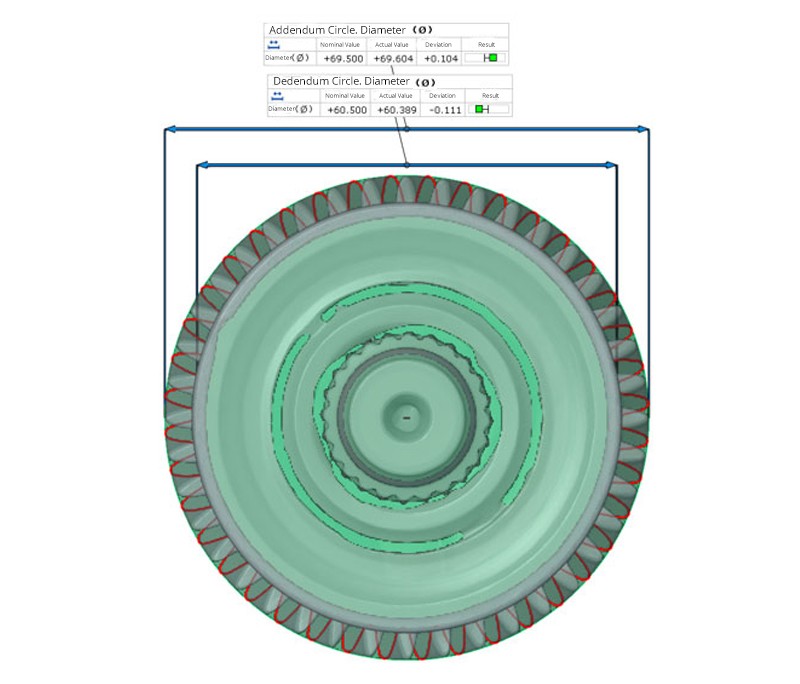 Inspection of addendum and dedendum circles

Article from our partner Scantech

[Yeti Tool Customer Project] MADE BY AN ADAMS 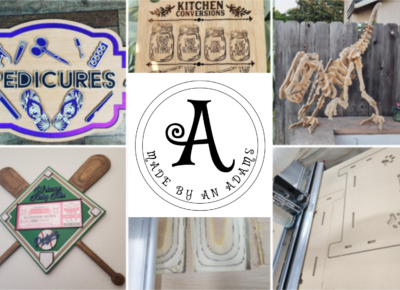 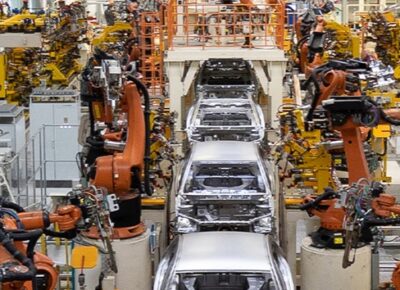