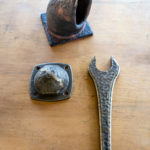 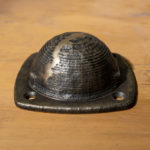 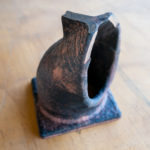 The Australian Army have proven it is possible to 3D print and replace armored vehicle parts in the field during Exercise Koolendong, an annual bilateral military exercise between the Australian Army and the Marine Rotational Force – Darwin. Various parts for the M113 Armored Personnel Carrier were replaced with metal parts manufactured on site, using technology developed by Australian company, SPEE3D. Parts were identified, 3D printed, certified and then subsequently installed on vehicles.

The Australian Army is rapidly developing their metal manufacturing capability with SPEE3D’s award-winning metal 3D printing technology. The company’s WarpSPEE3D Tactical Printer uses patented, cold-spray technology that enables significantly faster and more cost-effective metal part production than any other process. It can print large metal parts up to 40 kilograms at a record rate of 100 grams per minute.

SPEE3D has been working closely with the Australian Army and Royal Australian Navy to bring this
capability to the Australian Defence Force with world-first field trials designed to test the feasibility of
deploying metal 3D printing as a capability, both in barracks and in the field. A number of field trials in
2020 resulted in over 50 case studies of printable parts and demonstrated that SPEE3D’s WarpSPEE3D
printer was robust enough to operate in remote, Australian bushland. The program was extended in 2021
to verify initial results.

In 2021 SPEE3D has been helping train the Australian Army’s first military Additive Manufacturing Cell (AMC) technicians who specialize in the production of metal 3D printed parts, from design, printing, machining, heat-treatment, through to certification. In the remote bushland of Bradshaw Training Area in the Northern Territory, the AMC and SPEE3D recently tested the WarpSPEE3D Tactical Printer as part of its toughest trial yet. The printer was transported in a round trip over 1200 kilometers, over rough terrain, to operate in hot and dusty conditions for three weeks.

During the trial the AMC produced more than a dozen different replacement parts for the M113 Armored Personnel Carrier, a vehicle that has been used by the Australian Army for over 40 years. The trial aimed to prove metal 3D printing can produce high-quality, military-grade parts that can be validated and certified for use in the field. One of the parts produced was an M113 wheel bearing cover, a part which is often damaged by trees when driven through bushland. The two-kilogram wheel bearing cover was printed in just 29 minutes at a print cost of $100 USD. The team were able to 3D print, heat treat, machine, test and validate the parts in the field as well as redesign and fortify some parts, reducing the risk of future damage.

The success of this trial demonstrates that additive manufacturing can play an important part in the future of Defence readiness. The AMC will explore more components that can be repaired using metal 3D printing as an alternate solution, having parts at the ready in the field.

More information on SPEE3D’s technology, including videos and case studies are available at : https://spee3d.com/

SPEE3D is an innovative supplier of metal-based additive manufacturing technology. SPEE3D focuses on the development, assembly, and distribution of machines and integrated system solutions based on the patented cold-spray technology. The products enable significantly faster, lower-cost, and more scalable production than traditional metal printing techniques for copper and aluminium and other materials. 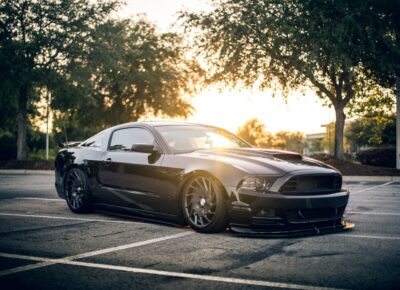